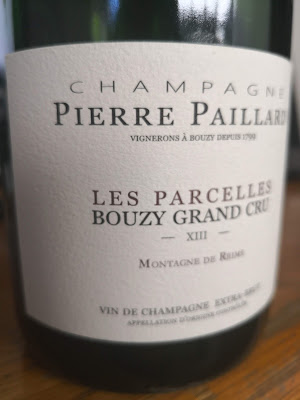 Value happens when you drink something, not when you buy it

Sometimes sparkling wines reach us as blinking, startled babies, only barely having recovered from the indignity of disgorgement. For those producers in a rush, the resting period that follows disgorgement is sometimes about getting the wines as good as they need to be (rather than as good as they could be).

More conscientious producers will make sure their wines arrive immaculately-turned out, boasting all the assuredness of a finishing-school student on graduation day. Even so, they'll be a bit short of real life experience; without scuffs on their shoes, scars from tumultuous gap-year love affairs or grand philosophical re-evaluations they remain essentially adolescent. Basic wines just need to catch their breath and open up. Good ones might set off on an interesting journey or two. Great ones often want to get a few novels, multiple marriages and an impulse canalboat purchase under their belts before they'll let you in on their secrets.

If you don't have wine storage (or need something to open immediately), your sense of value has to calibrate itself accordingly. Non-vintage Champagnes from houses such as Roederer, Henriot, Charles Heidsieck, Piper-Heidsieck and Drappier are always delicious upon release, and are many Rosés (even when the other wines in the portfolio might be long-haul bets). Growers sometimes release their wines in fits and spurts (mostly because they have a more variable supply), so look for disgorgement dates on the bottles and try to buy wines with at least 12 months behind them if you want to drink them quickly.

Stylistically, wines from the Aube and wines with lots of Meunier in are often good bets. Being in a rush is also a good excuse to drink Zero Dosage and low-sulphite sparkling wine, much of which will have a limited lifespan (not to mention indulging in late-disgorged wines such as Bollinger's R.D. that are often best relatively soon after disgorgement).

On the other hand, muscular or powerfully-acidic wines are often further away from their peaks upon release - this would include quite a lot of vintage champagne, Blanc de Blancs and many single-vineyard cuvées that are unalloyed by the blending process. Understanding vintages can help; warm and supple vintages such as 2006, 2009 and 2014 are likely to provide more immediate enjoyment than years like 2002, 2008 and 2012 for high-end wines, even if they might not be as good in the long term.

If you are lucky enough to have some proper wine storage, then not only can you legitimately justify buying the real sleepers but you can set off down the betting-person's path of trying to add value to relatively modest wines. I have a little collection of bargains I've picked up to age; Taittinger NV, Roederer NV, Vilmart Grand Cellier, Henriot Blanc De Blancs, De Saint Gall 2012, Pol Roger NV, various grower NVs, other bits and pieces....all good wines on release but hopefully over-performers after a few years in bottle. Often I'll look for the best possible vintage bases for these wines. When I start cracking them open I hope I'll get an equal (if very different) sort of pleasure from some of them as anything else in the cellar.