English Sparkling Wine is enjoying its time in the spotlight. The man on the Clapham omnibus has probably had a few glasses by now (or at least knows someone that has), and may have even bought a bottle or two. There are enthusiastic words and "success story" articles decorating the newspapers on a regular basis, and the south of the country has no shortage of well-heeled estates with land that roughly fits the bill. Over a million vines were put into the ground in 2017, both with larger operations expanding and smaller start-ups testing the water.

Some of the sites planted will produce better grapes than others, so it's in everyone's interest that the industry watches and learns how these new plantings are performing. Viticulture here still dances on a knife-edge; with exports picking up and the wines starting to be noticed in the international market, the looming volume increase needs to be matched by high quality across the board to avoid bursting bubbles and downward price pressure. There will be a lot of young wines from young vines looking for homes in a few years' time!

There's cause for optimism, especially when it comes to the larger producers who have the  experience to know where to plant and the means to back up their choices. I hope that the smaller producers can keep up and provide an exciting 'grower' - type layer to the industry, with wine quality to match. This is already starting to happen, with the help of some excellent centres of contract winemaking. So where do we need to look for quality improvements?

Where is the best land to plant grapes in England? There are a few things everyone agrees on:

There are quite a few vineyards that break (or certainly push) the rules. A quick look at an OS map shows a number of fairly high-profile vineyards that barely doff their caps to a southern exposure, push the altitude limits or have little in the way of shelter. Exposure (which often comes with altitude) can affect yield even more than grape quality, so it's quite possible to produce good grapes in uneconomically-low numbers. In terms of aspect, I know of a number of essentially flat sites, and one major recent planting in Kent that faces due East - common in Champagne but quite a handicap in terms of solar energy here (although with some benefits for shelter).

All of the rule-benders have other factors in their favour, and some of them have already produced some top wines; the question will be how often and in what quantity. I expect there are a few producers very happy with their quality but concerned about long-term viability (see this frank interview with Steven Spurrier of Bride Valley in Dorset). Low yields will grind you down, force you to compromise in other areas and prevent you from being able to compete on price if pressure increases. It may take a few years, but it'll eventually catch up with you.

So the next question is; if your vineyard climate is good enough to grow viable, high-quality crops, then do we need to look at soil? Echoing the words of Bob Lindo (and many others), it clearly doesn't matter whether you have the finest Belemnite chalk this side of the channel if your site just isn't warm enough. So just how important is chalk to English wine? Can we see a correlation between soil type and wine type or grape variety performance? Is it still too early to try and see any patterns?

I have looked at 148 Gold medals awarded to English Sparkling Wine over the last 5 years. Here's exactly how I've done it: 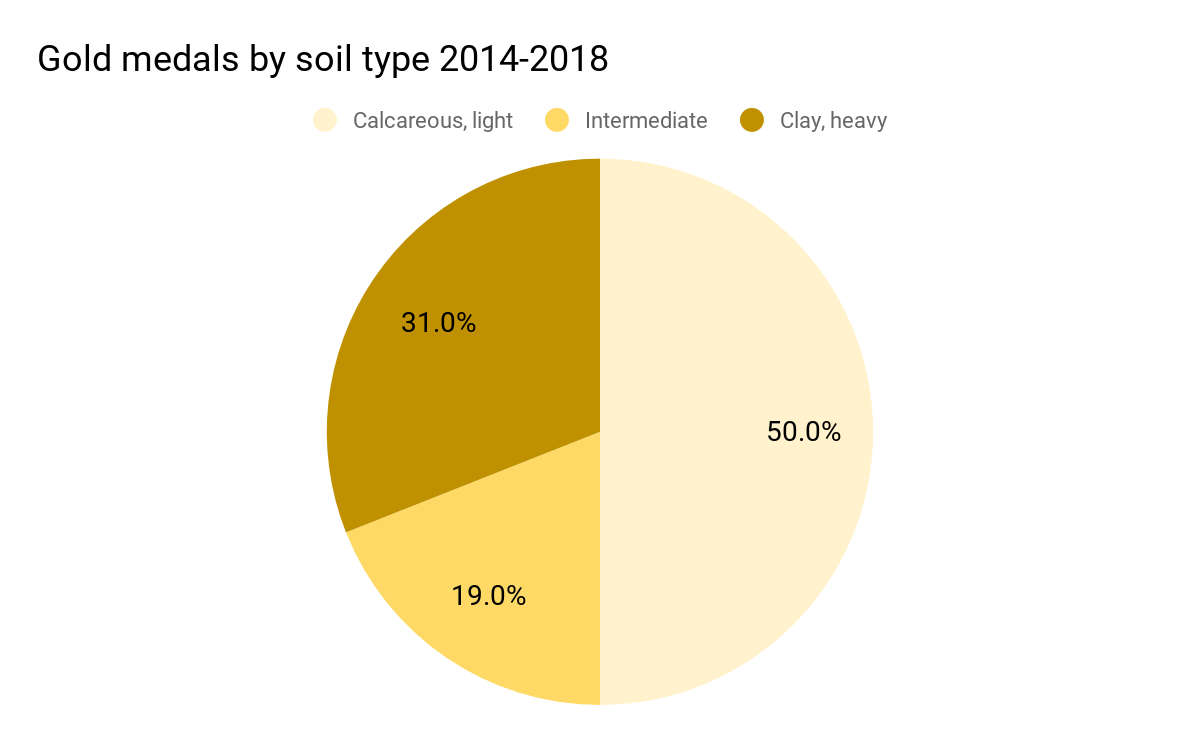 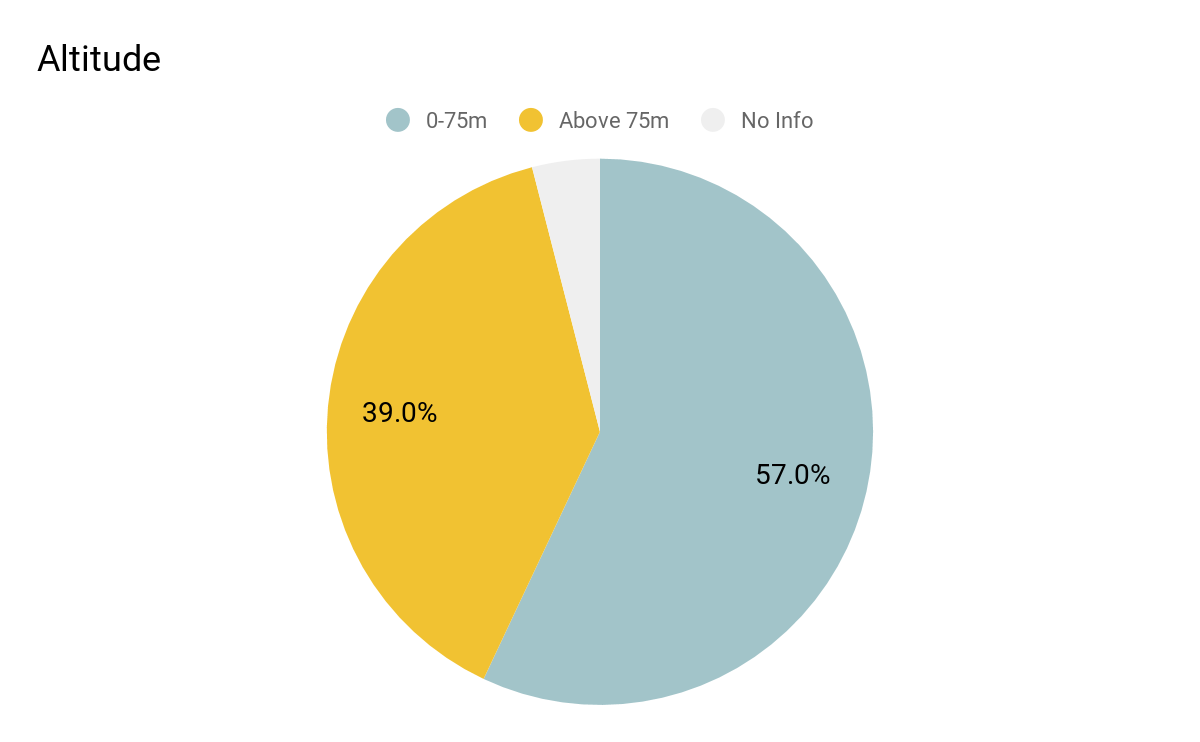 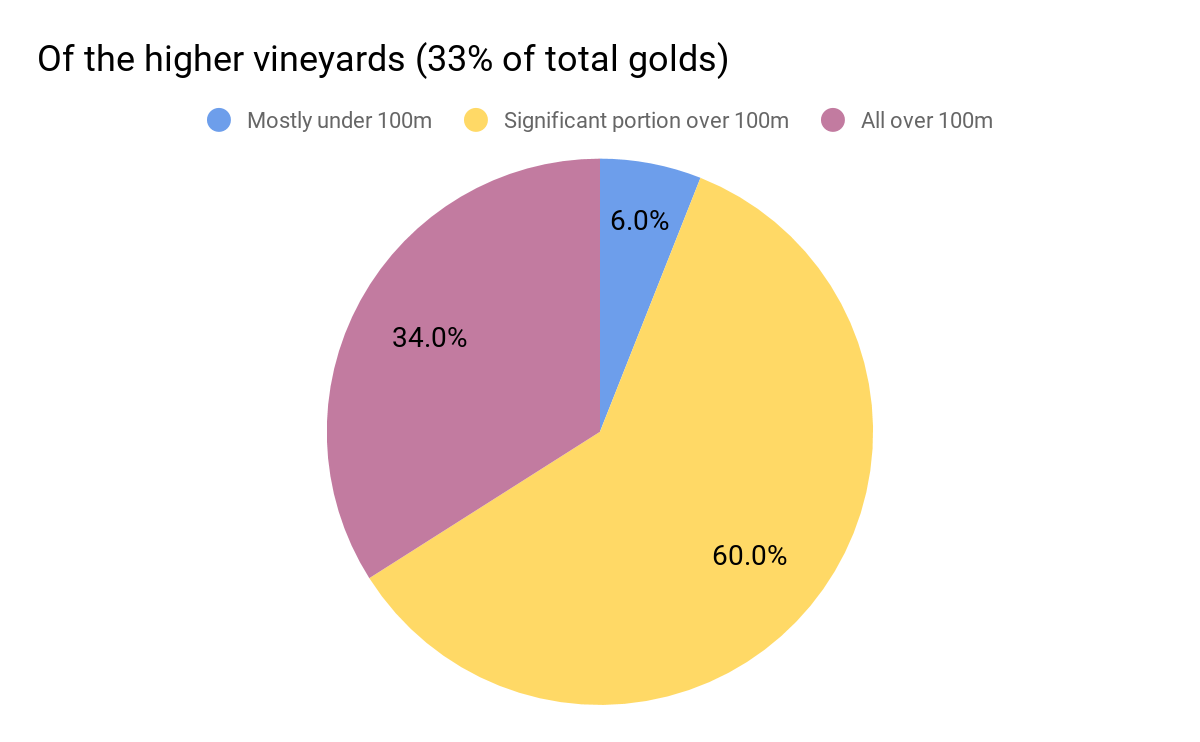 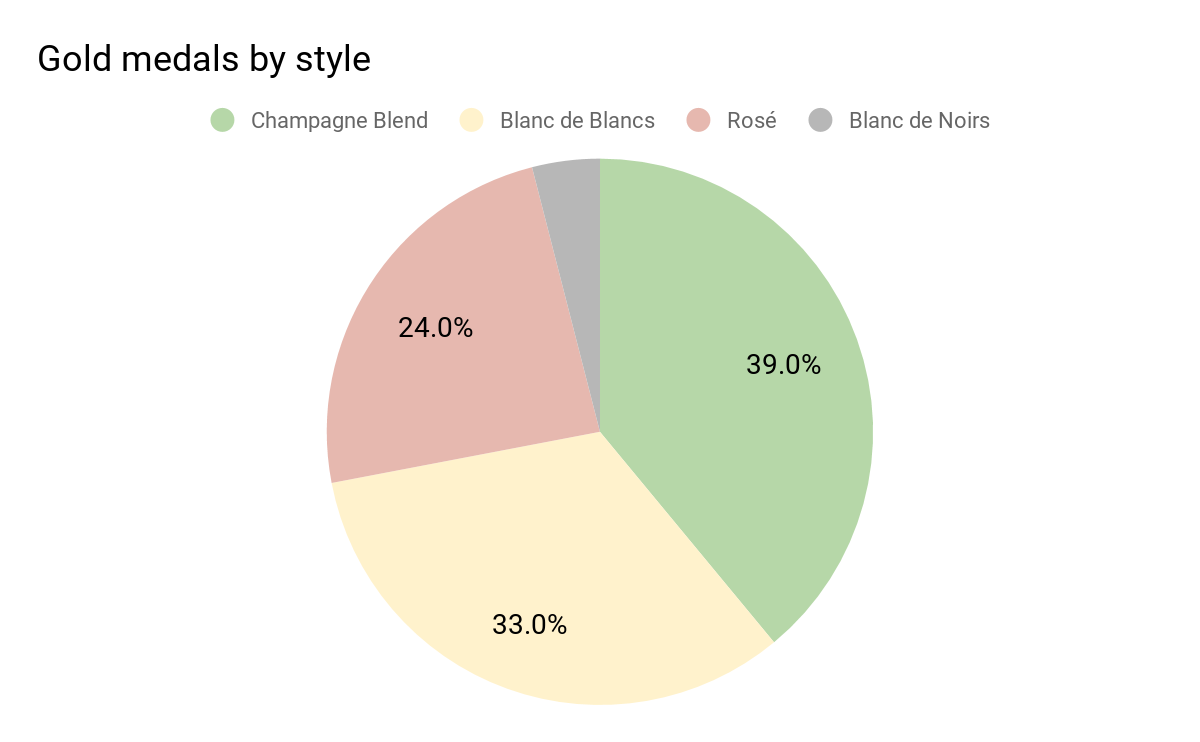 Back to the Chalkboard?

Calcareous soils are clearly important. All the major producers who started off on other soil types have now planted additional sites on chalk (Nyetimber, Gusbourne, Chapel Down), and that can't be just for the marketing angle. It's certainly not a pre-requisite for producing top wines, though, and there's not yet much evidence to suggest that the chalkiest sites should be reserved for Chardonnay in England (as they would have it in Champagne).

It certainly seems that what could be classified as 'Downland' terroir is going to dominate the top end of English wine over the next decade, backed by some deep pockets and a bit more patience in dealing with some of the difficulties that kind of land can present. It'll be some time before anybody will be able to confidently state what, if anything, chalk actually does for wine in our climate that can't be achieved on other soils. It does seem to do something, though, and if we ever do go down the path of trying to create classifications for English Sparkling Wines (not something I personally see any value in), using the division between higher, chalkier sites and lower, clay-and-sand types is no less silly than dividing along County lines (as per the daft Sussex P.D.O).

Wine writer Jamie Goode summed up some of the challenges that English Sparkling Wine faces after a recent judging panel session. Leaving aside the very valid points about the UK wine press and Brexit, his final point is about acidity:

"The main problem with English fizz at the moment is there are many wines that have too much acid that never integrates properly."

Acidity needs a number of things to balance it and make it feel integrated in sparkling wine. For me, those are:

It is possible here to have grapes with good flavours that are high in acidity. The 2013 vintage was a late, high-acid year but with some smart winemaking we're seeing some really good wines from it, even if they are on the bright side. 2012, on the other hand, saw high proportions of malic acid and poorly-developed flavours. When you see the numbers, I don't think sugars were broadly that much worse than 2013, but the wines (if they were made at all) just won't have the flavours/texture to stand up to the acidities.

Balance, especially to do with perception of acidity, is the fine line we walk in this climate. I think the big players pretty much get it right all the time now, but some of the smaller producers with fewer blending options will probably continue to struggle with poor years. There is one thing that will always help though: time.

Time (and yes it is money)

"Age is the big healer of the high acidity that marks young wine."

With ultra-cool-climate sparkling wine, time is an essential ingredient at every stage of the process. Unfortunately, with the huge financial pressure that sparkling wine production involves, time is often the first ingredient to be squeezed. If you are a new vineyard, holding back your first release to age for 3 years in bottle rather than 2 means that you will have another whole year of grape-growing and winemaking to finance before you make any sales. If you hit a couple of poor/small/frost-affected vintages early on (such as 2012/2011/2017) you might get stuck into a cycle of rushing to get your wines out to keep the cash flowing and the business plan roughly on track.

As I write this in June 2018, there are a number of 2015s being released. Young English Sparkling rosés can be surprisingly good, but it's a tougher job with the whites, especially those based on large amounts of Chardonnay. Working backwards, to have a 2015 ready to drink now as I write this in June 2018, the wine would probably have been:
These are really bare-minimum times for quality sparkling wine.

The big players (Nyetimber/Ridgeview/Hambledon/Gusbourne/Rathfinny) have the pockets to bestow their wines with sensible ageing times. They also have the pockets to ensure that lower-yielding years are sustainable if the quality is good enough. Ian Kellett of Hambledon is on record suggesting that those on higher-elevation chalk downland just need to plant more grapes to compensate for the lower yields sometimes achieved. The trouble is that those vines still cost the same (or more) per hectare to farm!

Moving to a non-vintage model also puts a bit more time behind the bottle in the form of reserve wines, not to mention greater consistency and complexity. Even this, though, costs money up front as wines have to be held back in quite considerable quantity. It has been a fairly recent move for Ridgeview and Nyetimber, although some newer producers such as Cottonworth are going NV from the start.

It does strike me that post-disgorgement ageing is a bit of a weak spot at the moment. A wine is unlikely to show its best with under 6 months under its belt before consumption, whilst many will improve for years. It really does make a huge difference to the wine, and with the English style being tight and linear in any case there's not much to be gained from being in a rush.

Three English fizzes achieved 97 points in the latest Decanter World Wine awards - quite an astonishing score, especially when the new vintage of Taittinger's benchmark Blanc De Blancs Comtes De Champagne received 92. I am drinking one of those wines as I write this and, lovely though it is, if someone offered me a glass of Comtes right now I wouldn't turn it down. The hype machine for English Sparkling Wine can sometimes run a bit hot.

I think we can all be optimistic that the wines from the established players will get even better as they develop more blending options and bigger stocks of reserves. The newer producers that start to keep reserves, age their bottlings for a sensible time and let them spend a bit of time on cork before sale will probably start to stand out. First impressions count, and there are still a lot of them to be made over the coming years. Hell, I'm even planting a few thousand myself, but more of that later...